Found Objects, 2000 Used Tea Bags
Tea bags have always been my favorite thing. Despite their beautiful, they come with such a touching narrative. The delicacy of the tea bag in contrast with its bloody colonial history has always seemed to create the most winsome paradox. Here, I have juxtaposed the beautiful fabric made using discarded tea bags with the washcloth used by the common chai-walla, as well as the tea-pickers who spend hours under the sun sorting tea leafs only to receive a meager reimbursement. The wash-cloth isle fit a symbol of the blood, sweat and tears that go into the collection of tea. The tea bag however is a symbol of colonialism: the beautiful packaging which conceals the labour and death that is held within: the symbol of this being the tea leaf itself. The irony lies in the fact that the tea bag actually merely contains the dust of the tea leaf, and not the actual tea leaf: suggesting that no matter what the external follies maybe, and no matter now intense the exploitation by colonialism may be, all that really translates to the colonial leaders is the remnants of a grand empire. Thus, leaving us: as a colonial ruin, still more glorious than our colonizers.
The sale of a series of artworks made using used tea bags funded the primary education of the daughters of Assamese tea pickers, who usually resort to sex slavery due to the lack of education and funds to support their own lives. 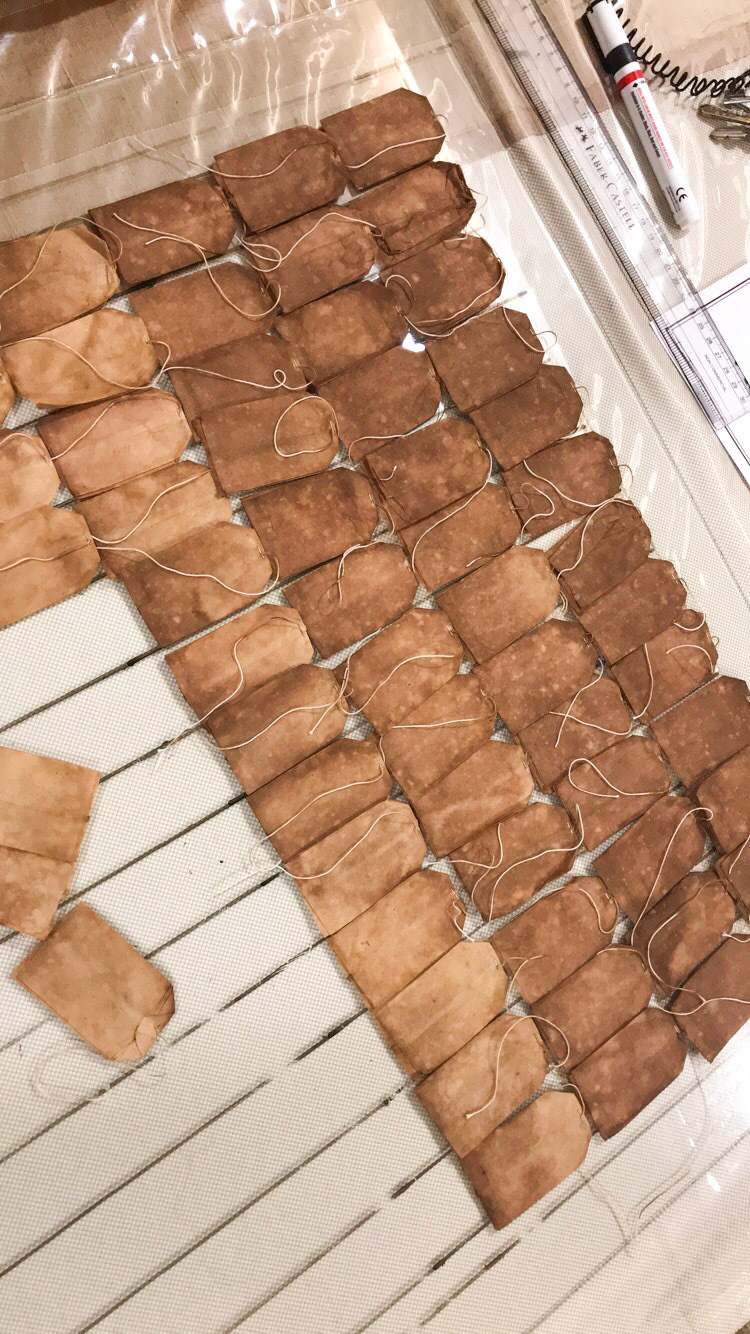 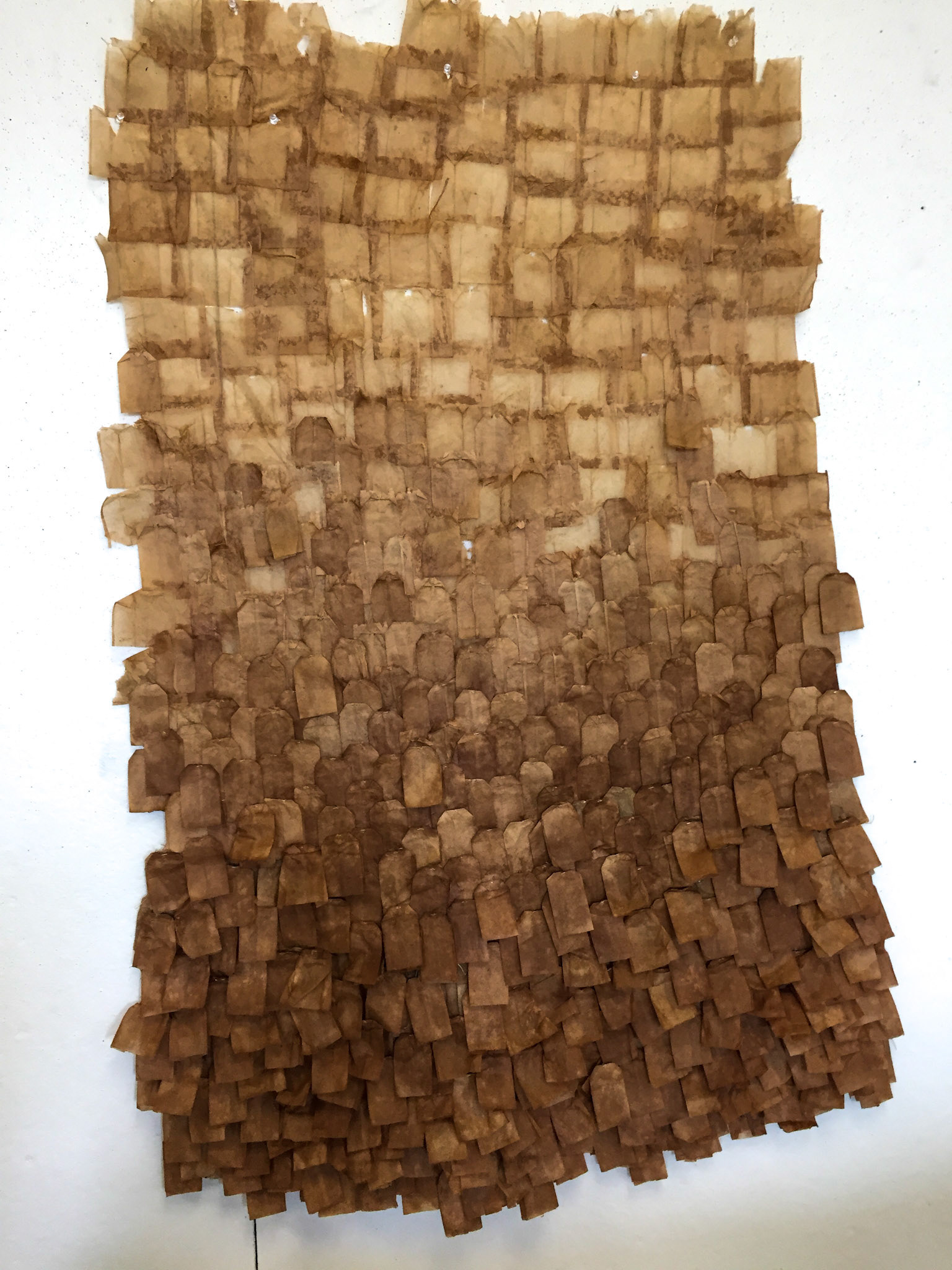 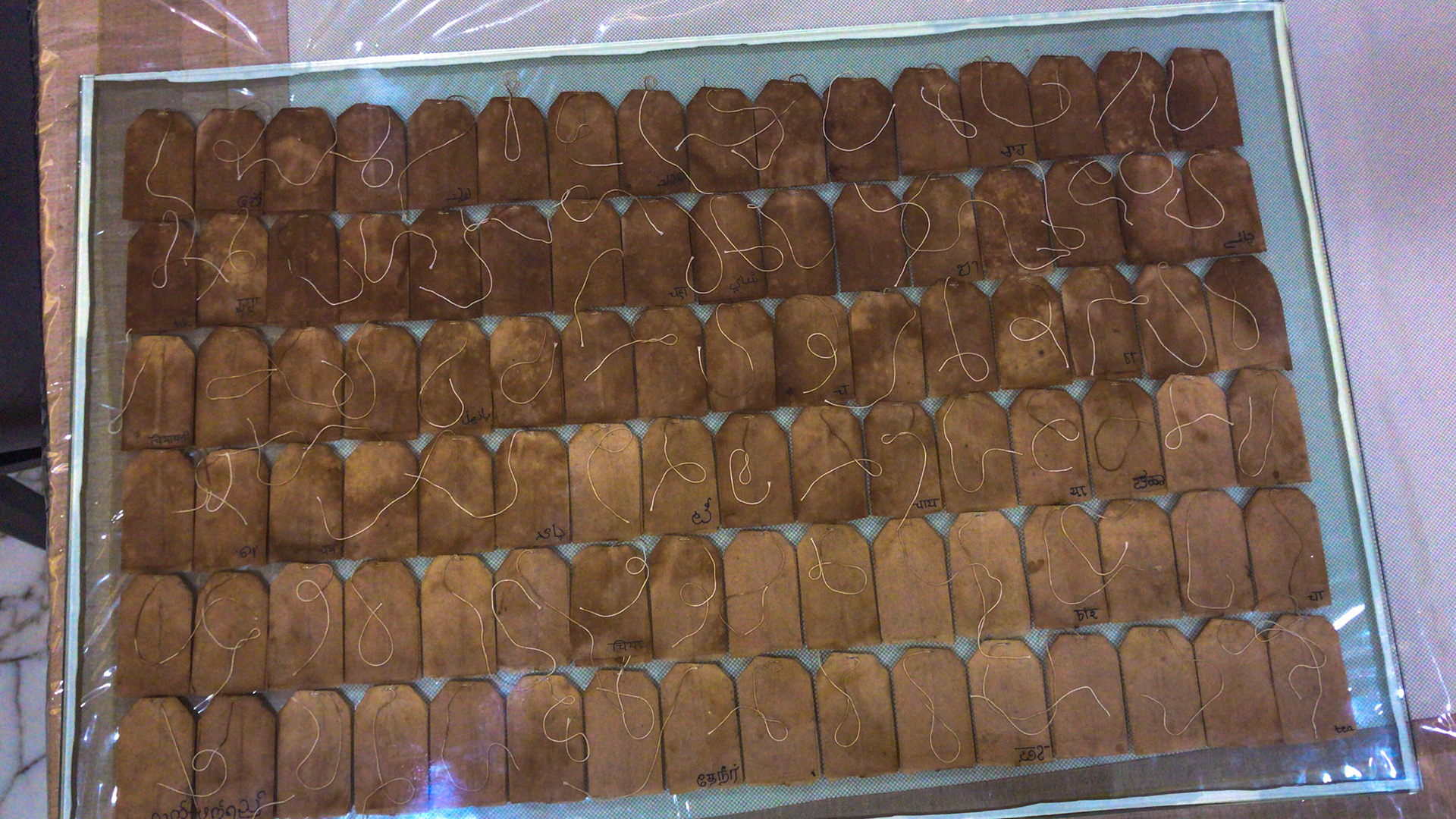 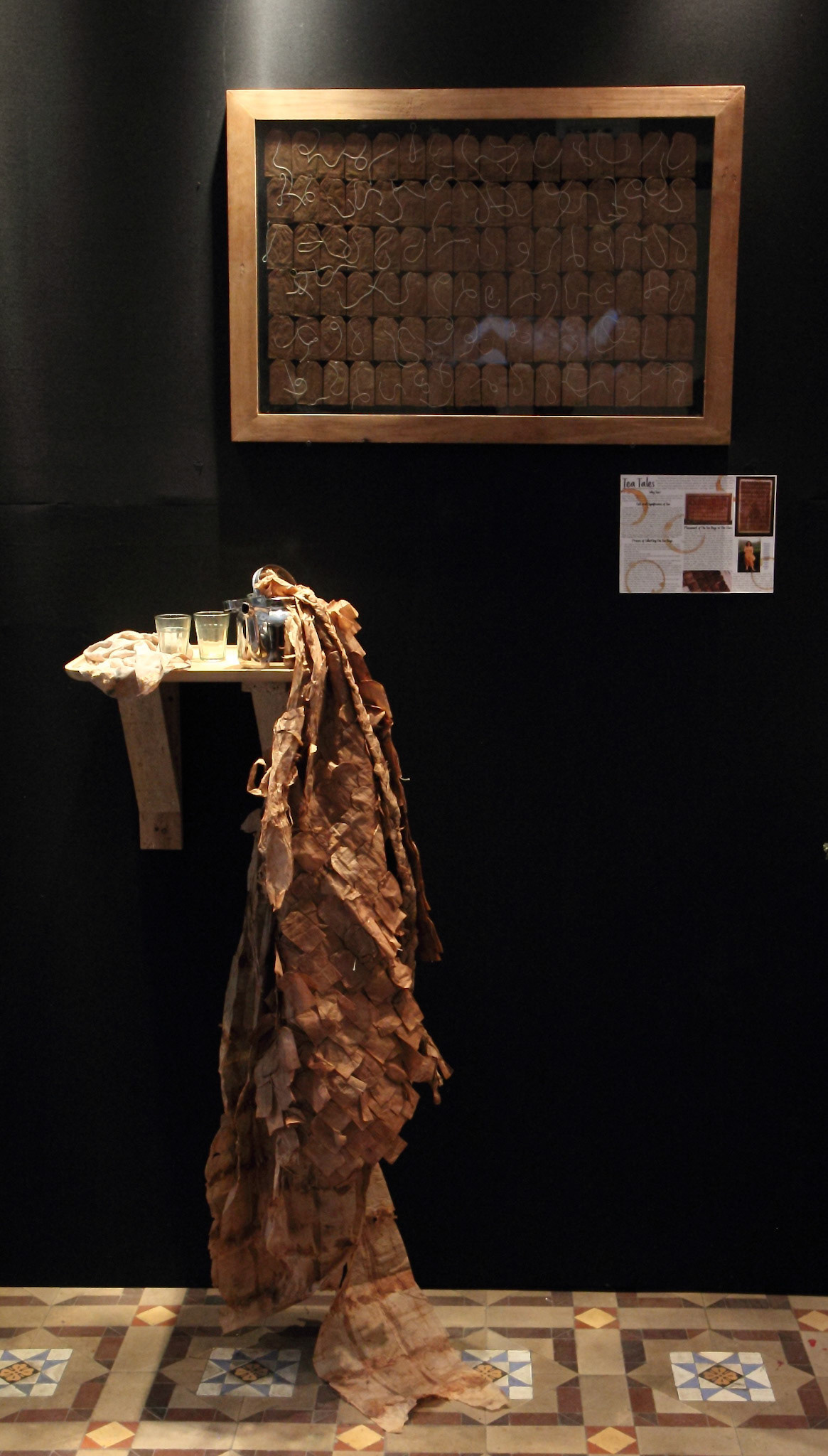 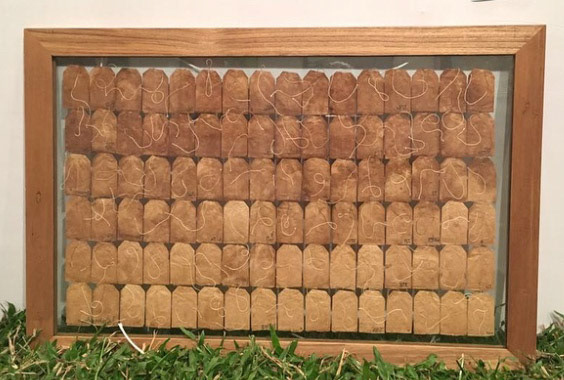